We have hundreds of properties throughout the UK for you to use.

Start earning money by listing your property to the film industry. 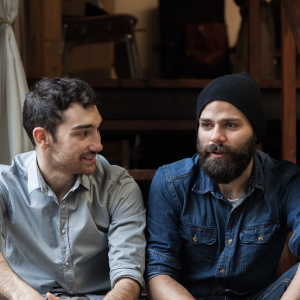 We found the platform easy and helpful. The shoot went really well and they cleaned up after themselves. 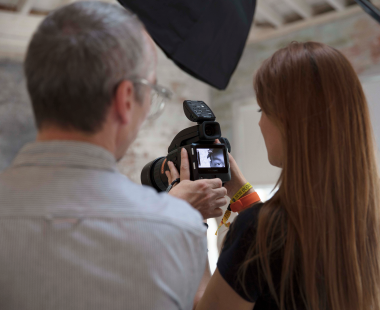 Using the Film Locations service gave us instant access to thousands of locations with a huge variety of options. You talk directly to the owners and decision-makers at each property which made it really easy to organise the shoot to our exact requirements. We will definitely be using the service again.

Just give it a try – Once you’ve completed your listing, producers from all over will be able to hire your property for filming.

Add a description and some images

Communicate directly to the producers

There are three options when you receive an enquiry about your location:

If you are happy with the fee set by the Client then simply click Agree in principal.

The client will be notified that you have accepted the fee (please note that this doesn’t mean the shoot is confirmed). We advise you contact the client via the messaging panel to confirm with them that they are ready to go ahead with the booking. Once all parties are happy then click the Convert Booking button.

You will be directed to the booking form, please check all the details are correct. If you wish to change any click on the edit button. If you wish to delete the booking for example if the shoot gets cancelled, click delete. Once you are happy with everything, tick the box at the bottom of the page. The client will now be notified and they will also tick to agree and start the payment process.

Once the client has paid you will be notified and the funds usually transfer into your dedicated bank account within 8-10 days.

When you have agreed with the client the price and details of the shoot you will need to convert the enquiry to a booking. On the booking page check all the details are correct and tick the confirmation button at the bottom.

The producer will then check the details and pay by credit card into your dedicated bank account, this usually take 5-10 days to reach your account from the day of payment. Please note there is an administrative fee that helps us run the platform.

We receive e-mails from our members all the time asking how much they should charge for the hire of their property or vehicle…well, how long is a piece of string?

It’s hard to give a definitive answer to this question as each listing is different, as is each shoot. However, we’ve done our best to put some guidelines in place for you.

As a rule, the rate should depend on the type of property, type of shoot and the size of the crew. These factors will affect the impact the shoot has on you and your property. Usually, the greater the impact, the greater the fee.

In the same way that hiring a huge, country mansion for a holiday would cost more than hiring a bedsit. Grander, more expensive properties can command a higher price point than smaller or less unique spaces. That’s not to say there isn’t desirability for all types of location but it’s important to be realistic with your pricing.

Editorial stills shoot: These photoshoots usually feature in magazines and newspapers alongside articles or as a stand alone feature. We suggest a charge of between £250-£750 for the day. A shoot day typically runs from 9am-6pm and an average crew would include about fifteen people.

The purpose of these stills shoots is to sell a product. For example, an M&S campaign could feature in magazines, on billboards, flyers, posters… you get the picture (no pun intended). We advise that you charge anywhere from £500-£1250 for the day. Again, the day will usually run from 9am-6pm and involve a crew of about fifteen.

‘Filming’ is such a broad subject, but as a general rule of thumb, the price should reflect the size of the crew and type of production. Filmmakers will usually work twelve hour days and rates vary between £250-£3000 per day … we know it’s broad, let’s try to narrow it down a bit:

This is the most commonly asked question. The simple answer is ‘yes!’. You only need to turn on the TV or flick through a magazine to see the vast array of properties being used as photo shoot locations. Film location scouts are always after fresh new places for filming – from empty warehouses to country mansions to council flats…you never know, your property could be exactly what they are looking for next.

There are no rules about how much or how little you can advertise on JJ Media Group. You can add your entire property or a single room, just remember to specify in your listing how much of your property is available.

Film locations is a service that offers home owners the opportunity to register their property to hire out as a filming location to our network of trusted industry professionals.

If you do not own the property, we advise that you check with the registered owner or landlord before listing the property with Film Locations.

It could be any kind of TV/film or photo shoot. From a small student project to a fashion photoshoot to a Hollywood blockbuster. The sky’s the limit! Enquiries are made everyday for a wide variety of shoots.

Once signed up photographers, locations agents, brand managers can search film locations online catalogue to find exactly what they are looking for. Interested clients contact and negotiate with the homeowner directly and agree the dates and rates for the shoot.